Warning: This is not an exercise in academic complexities disguised as an article. This is not a hedonistic self-indulgence.

This is not an arena for incomprehensible expressions and such other delicacies. This is me talking to you, simple and honest.

And this is where you, the reader, might think a bit about what I am saying. And maybe, in the future, think twice before turning your back on a “foreigner”.

Let us not argue

Writing this article is giving me a serious headache.

It was supposed to be a continuation of an article I wrote called “When extremes meet: The Eastern-European School System meets Norway.” Having accumulated a lot of frustration and anger as a result of dealing with an unfamiliar structure and an endless bureaucratic maze over the years, that article ended up reflecting that feeling somewhat.

The idea with the one that you are currently reading, was to present a more positive side of my existence here in Norway. To be honest, I could not find as much positivity as I was hoping for. Yes, things are better now. Calmer, maybe more balanced.

But is this feeling just a result of me getting accustomed with the Norwegian institutes? Of having accepted the status quo? Or did things actually change for the better?

No, I am not that type of immigrant; the ones that come here to exploit the system and then complain about living in the best country in the world. I am not some Eastern-European desperado armed with beggar’s boxes instead of six-shooters.  The statement that Norway is the best country to live in I support whole heartedly. But with one important addition: for ethnic Norwegians.

I fully stand by, and comprehend, the consequences of my moving here from Romania – and believe me, I had my reasons. However, you will not see me walking aimlessly through town, pulling my hair and reciting Hamsun’s Sult. I am dancing just as „they” sing because, for me, going back was never an alternative.

I have made my choice. Please do not tell me to go back where I came from if I do not like it here. I hear it every time I try to express an opinion that might sound as a form of social criticism.

Let us not argue.

I walk the line

Six years ago, at age 22, I arrived in Kristiansand. Maybe my head was filled with all this romantic, idealistic „Go West” philosophy. Norway was my America. My New World.

I had limited economy, my Norwegian language skills were far from good, and I had no idea how these northerners were, (except for my school manuals where ” Indira, the immigrant”, was being welcomed with open arms by the good-hearted, emphatic, curious, interested Norwegian community).  Maybe I should have taken the hint during my Erasmus year, when the foreign exchange students went an entire year without a single Norwegian student making contact.

Six years ago, after a few months of knocking at many doors, some serious food deprivation and one Christmas all alone in my student room, I finally got a job; on that I was seriously over qualified for. You know, one of those jobs the native people avoid because there is something else much better very easy to find.

Do not get me wrong, I was more than happy to simply get a job, humble my academically-inflated ego and get to work. I had serious work ethics inherited from my communist-shaped parents; the real shame is not related to the nature of your job, but with the fact that you do not have one.

Communist lesson nr. 7: you must be a valuable member of the society, work, find your place within the mechanism and calibrate yourself according to it. If you dare to picture your existence as a hippie-like- creature, wandering from one place to another, singing psalms to mother Earth without producing anything, you are a parasite. Here endeth the lesson.

Six years , and hundreds of job applications later, and here I am. Still working in a context where I am overqualified . Still waiting to start my masters and struggling with a million things in between to gain some credibility with the Norwegian nation. As there is this strange impression in the higher circles that Norwegian education is the only one to be trusted and approved, I had to retake my bachelor’s degree. Did I not mention that? Oh, and I now speak fluent Norwegian. I even tried rosemaling. Next on my list is kicking a hat off a stick, and spitting on a wanna-be-bunad that’s imported from China.

So, what am I supposed to say?

That if you are patient enough and wait for an undisclosed number of years, if you change your name, work in some sector where you are overqualified, and get used to the hundreds of job rejections based on ethnic background, you can eventually, maybe, find your place?
That is if you can manage being charismatic, active, charming , attractive and eager – in a way that strokes the Norwegians with the hairs. If you can build a network like this, the rules of nepotism might engage into your favor.

Or maybe I should say that you should actually ignore, when choosing to come to Norway, their international perception as an open-minded, including, tolerant, democratic nation, and instead pull your sleeves up, lower your intellectual expectations and prepare for the worst?

When reality turns you into a sad story

This is the reality of the situation – this is not just me being negative and painting things with a hue of black. Of course, the good examples exist, but these are shadowed over by the sheer mass of the negative ones.

I would like to be positive and say things like: I was appreciated for what I was worth and this magnificent kingdom used my competence and made me feel a valuable member of their society. Sadly, this is not the case.

How should I feel about that?

In Romania, there is this obvious fascination for the “foreigner”.  Some are fascinated simply because they expect something to fall from the pockets of the foreigner. But some are truly fascinated because of the thrill of the unknown, the musicality of their language, their gestures, how they don’t eat bread with everything, like us, how they wear their clothes, their hair, how they react…

I try to understand this sad skepticism present in the Norwegian, I studied the history and compared the facts and the only image strong in my head is a pious Norwegian clamoring clutching the oil fund and giving mean stares to everyone passing by.

I am sure you are aware of the fact that 25% of the Norwegian population thinks „there are too many Muslims in the country”. That “foreigners are in so many cases incompatible with the liberal individualism and democratic ideas present in the kingdom”. That “most of these foreigners just want to practice „welfare tourism” and, if not, they take „our” jobs and leave us, the natives, with less opportunities. Sounds familiar?

I am Romanian. No, that does not mean that I am a Gypsy (I just wanted to make that clear, because I have been asked many times). I come from an amazing country with beautiful landscapes and fascinating people. Our history is filled with storms, wars, toxic regimes and acts of greatness.

We laid the foundation of Cybernetics (Stefan Odobleja). We invented the fountain pen, the jet engine, sonic drilling, the parachuted chair, the avioplane, the hyper CD-ROM. We discovered Insulin, etc. The Romanian people I know are hardworking and honest, focused and determined. They take care of their old parents and do not place them in homes far from the warmth of the family. The Romanian people I know are generous and hospitable; these are almost holy to them. The Romanian people I know are not thieves or liars, corrupt souls without morality. Of course, there are such people, as in any other country in the world (including Norway), but the essence of my people, the soul of my nation is not that. The tool of the stupid is generalization. Put us all in the box the media wants you to put us in and ask me again if I used to live in a tent in Romania.

Whenever I send my CV I can visualize their eyes cringing reading the word Romania. And my chances wither away while I keep on dancing the salsa of Don Quixote.

Article published on Studentmeninger.no website by Erika Erdos, Romanian immigrant who studied History, Philosophy and Languages ​​at the University of Agder, Permanent representative of Humanities and Education in Student Parliament UiA 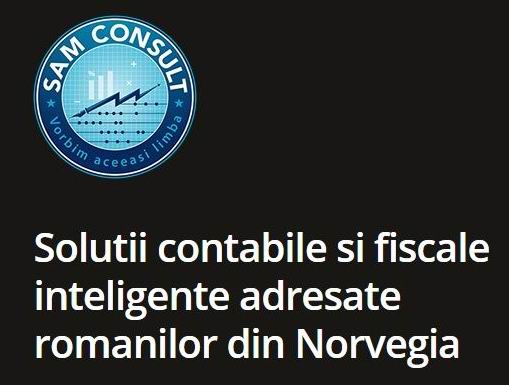 We are looking for housekeeping staff who can take challenges, have a positive attitude, service-minded, friendly … END_OF_DOCUMENT_TOKEN_TO_BE_REPLACED

Despre: Winter season is getting close, and Arctic Guide Service is once again ready to take a lot of visitors to go … END_OF_DOCUMENT_TOKEN_TO_BE_REPLACED

Calificări/aptitudini: Industrial mechanic, or other type of mechanic with good understanding of main mechanical … END_OF_DOCUMENT_TOKEN_TO_BE_REPLACED

We are looking for housekeeping staff who can take challenges, have a positive attitude, service-minded, friendly … END_OF_DOCUMENT_TOKEN_TO_BE_REPLACED