Romania became a member of NATO in 2004 and a member of the EU in 2007. The implementation of key structural reforms has improved the predictability and stability that foreign investors and companies seek.

A functioning market economy status has been granted by the EU. Highly skilled labor and low wages are key features in the explanation of the steady increase in Foreign Direct Investment.

Not to forget, with a population of nearly 20 million, Romania is also the largest market in South-Eastern Europe. We present you the legal forms in which a foreign-owned company can operate in Romania.

Law No. 105/1992 on the Regulation of the Private International Law Relationship adopts the accepted international practice by which a branch is governed by the national law of its parent company.

Legally, the branch has no separate status from the foreign company itself. It is merely carrying on business in Romania. The foreign company will be liable to the employees and creditors of the branch for the actions of, and debts contracted by, its managers and agents on behalf of the branch. On the contrary, according to the Law No.31/1990, a Romanian subsidiary of a foreign company is a Romanian legal person and, consequently, it is subject to Romanian laws. It is liable, on its own behalf, for the actions assumed. Subsidiaries and branches can carry out only the activities to which the parent company is authorized.

In practice, subsidiaries are commissioned following the same steps as the registration of companies, i.e. notarizing the statutes, and registering the subsidiary with the National Trade Register Office. The formation of a branch follows the same steps as that of a subsidiary, but they do not need to establish incorporation statutes.

Assuming the branch is accepted, it must then be registered with the local office of the National Trade Register Office. The formation of a subsidiary must comply with the minimum capital requirements under the Romanian Company Law.

The law defines this type of company as a commercial enterprise, whose social obligations are guaranteed by its assets. Associates are obligated only to pay shares.In this case, the company’s capital is divided into shares which, under bylaw and the provisions stipulated in the charter, are not negotiated at stock exchanges. Members of such liability company are socially responsible only to the amount deposited as shares, as well as company assets.

The company needs to have at least one shareholder. There are maximum 50 shareholders. A company with a sole shareholder is allowed.

A joint stock company is a limited liability corporation with registered capital of a minimum of 90.000 RON and with at least two shareholders. Shares could be nominative shares or bearer shares and can be freely traded or pledged. A joint stock company may be set up privately or by public subscription. In the case of a company established on a private basis, the Memorandum of Association must indicate:

When a joint stock company is established by public subscription, a notarized prospectus must be drawn-up and filed with the Trade Register in the district where the head office of the company will be located. The Register’s office will certify compliance with Romanian legislation and will authorize issuance of the prospectus. A joint stock company formation by prospectus is only possible if the entire registered capital outlined in the prospectus has been subscribed and half of the prices of the shares subscribed for has been paid up into a bank account. If public subscriptions exceed the registered capital, as outlined in the prospectus, or are less than the amount sought in the prospectus, a meeting of the shareholders should be held to approve any revisions of the capital structure.

Within 15 days at the very most of the closing of the subscription, a founding meeting must be held. This meeting, which must be advertised in the Official Gazette, receives evidence that capital has been subscribed, determines the value of any contributions in kind, approves the basis for profit-sharing among founders of the company and other shareholders and appoints directors and auditors.

The following partnerships are available to foreign companies wishing to carry out business in Romania:

A general partnership can involve two or more partners. The partnership relationship is based upon a contract and any person who is capable of entering a binding contract may enter a partnership. Following this agreement, the parties must register their partnership with the National Trade Register Office.

General partnership matters are determined under a written partnership agreement. Where the agreement is silent or unclear, decisions are made by partners on the basis of their relative capital contributions. If a partnership seeks to have a formal management, perhaps because of its large size, a vote of the partners representing a majority of the registered capital is required.

Limited partners share the profits or other compensation by way of income in proportion to their partnership contributions. However, no such income or other distribution can be made if it would reduce the assets of the limited partnership to an amount insufficient to discharge its liabilities to persons who are not partners.

Similarly to a partnership, the general partners may be liable for the debts and obligations of the company beyond amounts they have contributed. The limited partners, not active in the management of the company, have their liability limited to their share stake. A limited joint stock corporation is normally recognized by the use of the words SCA in its name (‘Societate in Comandita pe Actiuni’). 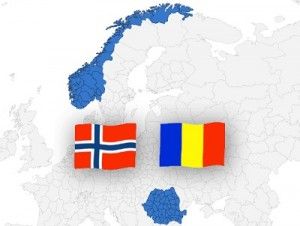 Romania, which joined the European Union in 2007, began the transition from Communism in 1989 with a largely obsolete industrial base and a pattern of output unsuited to the country’s needs. The country emerged from a punishing three-year recession thanks to strong demand in EU export markets.

Domestic consumption and investment have fueled strong GDP growth in recent years, but have led to large current account imbalances. Romania’s macroeconomic gains have only recently started to spur creation of a middle class and address Romania’s widespread poverty. Corruption and red tape continue to handicap its business environment.

New investment stimuli introduced more favorable conditions to IT and research centers, especially to be located in the east part of the country (where is more unemployment), to bring more added value and not to be logistically demanding.

Reserves of foreign exchange and gold: $ 44.47 billion (country comparison to the world: 33)

We are looking for housekeeping staff who can take challenges, have a positive attitude, service-minded, friendly … END_OF_DOCUMENT_TOKEN_TO_BE_REPLACED

Despre: Winter season is getting close, and Arctic Guide Service is once again ready to take a lot of visitors to go … END_OF_DOCUMENT_TOKEN_TO_BE_REPLACED

Calificări/aptitudini: Industrial mechanic, or other type of mechanic with good understanding of main mechanical … END_OF_DOCUMENT_TOKEN_TO_BE_REPLACED

We are looking for housekeeping staff who can take challenges, have a positive attitude, service-minded, friendly … END_OF_DOCUMENT_TOKEN_TO_BE_REPLACED